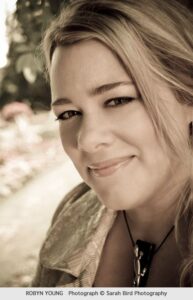 I was born in Oxford in 1975 and grew up in the Midlands and a fishing village in Devon. My discovery of the power of storytelling came first through my grandfather. Later, at school, I was lucky enough to have an enthusiastic English teacher who introduced me to poetry and encouraged me to go for a position editing a page in a regional newspaper. During this time I had several poems published and won an award for journalism.

Leaving home at seventeen I took A-levels at Exeter College where I was amazed by Shakespeare, confounded by Chaucer, and drank too much beer. I was elected Communications Officer for the student union and edited the college magazine. I had begun singing in folk clubs in my early teens, my back turned to the audience like Jim Morrison and at college I fell in with a few touring bands. It was then I decided I’d be a music journalist. I hitchhiked to Brighton, not ready for university. One evening backstage at a gig, I told a writer from NME that I wanted to do what he did. He took a swig of his pint and told me I couldn’t be a journalist. “You’re too nice,” he said, shaking his head, “you’ll never get anywhere.”

Lost, I responded to an advert for volunteers to work on a forthcoming music festival, which I ended up running. The festival saw twenty-thousand in attendance in the first year and double the next, but success was its downfall. The council decided it had become too big and refused permission for a third. I spent the next summer at the numerous illegal raves popping up all over Britain. I remember a mountaintop party during a protest against blast-mining in Wales, fire-breathing on a café roof on Brighton seafront, a decoy sound-system van chased by police across Sussex, throbbing techno in abandoned cinemas, paint factories and council buildings. I don’t, it is fair to say, remember much else.

But summer eventually came to an end. I took out my piercings and got a job organizing events in a Brighton nightclub. Finally, at twenty-two, worn down by late nights and low wages I decided I needed a career. I applied for twenty grown-up sounding jobs and got one in a building society offering investment advice to customers. My family and friends were shocked – I had a nametag and a suit, and maths was without doubt my least favourite thing in the entire world. I thought long-term, however, and took all the steps to get me on the way to becoming a financial consultant.

Several months in, I started writing a novel. It was to be the first of a fantasy series. I wrote constantly, furiously, and after six months I had a three-hundred-and-fifty-thousand-word novel. This creative outpouring – vomiting it felt like – was due to the fact work was so uncreative. The corporate world wasn’t for me and in the end I left.

In the autumn of 2000 I went to Egypt and fell in love, with the dust, the desert, the history and the people. When I returned, I started a foundation course in creative writing at Sussex University. By the end of that year I had begun writing Brethren, which I’d had the concept for the year before. It was to be the biggest, most challenging undertaking of my life – seven years from the first idea to the first print run, researching as I went, having never studied history.

I went on to do a Masters in Creative Writing, the Arts and Education at Sussex, worked with some great tutors and earned a distinction. I also continued to write Brethren, which had now become a trilogy. After thirteen rejections an agent signed me up the day before I graduated.

For the next year I did a teacher training course and taught creative writing in local colleges. Brethren was rejected by publishers on its first send out, although three editors wanted to see it again with revisions. By this point I was seriously financially-challenged, having got so far only through my partner’s support and the aid of family and friends. I took a deep breath, quit my teaching job and rewrote the novel for the last time, knowing that if it didn’t go I would have to stop and head into teaching full-time. It went. After a heated auction the Brethren Trilogy found a home at Hodder & Stoughton.

Now, I live and write in Brighton. I sing in the shower, still write bad poetry, avoid maths and still drink too much beer.

Robyn’s first novel, Brethren, went straight into the Sunday Times top ten, where it remained for five weeks, becoming the bestselling hardback debut of 2006.  It entered the New York Times top twenty on publication in the US and was named book of the year by German newspaper Bild.  Her second novel, Crusade, reached number two in the charts and a third bestseller, Requiem, completed the trilogy.

In 2007 she was named one of Waterstones’ twenty-five “authors of the future” judged by a panel of industry insiders who were asked to nominate the authors they believed would contribute the greatest body of work over the next quarter century. In 2010, the Brethren Trilogy was followed by the highly acclaimed, bestselling Insurrection Trilogy (Insurrection, Renegade & Kingdom), telling the story of Robert Bruce and his struggle against King Edward of England during the Scottish Wars of Independence.

Her latest series, New World Rising, follows Jack Wynter, from the bloody turmoil of the Wars of the Roses through the chaos and splendour of Renaissance Europe. Jack’s story begins in Sons of the Blood.

Alongside writing novels, Robyn has collaborated on a WWII screenplay.  Her books have been published in 22 countries in 19 languages and together have sold almost 2 million copies.

She has a Masters in Creative Writing from the University of Sussex and lives and writes in Brighton.


By continuing to use the site, you agree to the use of cookies. more information